To learn the keybindings hold down 'H' during the main game.

The game may take a while to load, sounds may be delayed when first played.

What are the resources and how to get them.

Energy (Red) - gained by Refinery [P21], robots collect energy from the crystals and bring it back to the building when their containers are full, minus means only the energy consumption of the built towers.

Valuable Minerals (Yellow) - extracted per second by the Refinery [P21].

Alien Parts (Blue) - fall out of defeated enemies, can be collected with the right mouse (resources not harvested manually collect automatically after a while, but are cut in half).

How to generate resources for the permanent upgrades

Valuable Minerals never disappear, Energy and Alien Parts restart every mission to 10000 so the highest upgrades in the upgrade menu can only be gained after completing a mission with a sufficient excess.

Is there a faster way to collect the material (?) instead of just waiting

Alien Parts can only be collected from enemies, the right mouse collects them instantly at full power when automatically collecting cuts the collected materials in half.

What exactly am i upgrading in the main menu

The four bars at the top give us access to special towers (during the main game these can be selected in a special part of the interface, destroying them during the game restarts the upgrade bars), the graphics above the bars serve as information about which type of tower is in question. The three bars at the bottom serve as pernament upgrades - Transmission Quality, Main Transmission Tower and Rocket Attack System.

Two numbers can be found next to Energy (Red Material) - Energy Consumption per second and the current Energy at the Station (Warehouse).

Why won't the drones repair the main base? / What are the drones supposed to do or used for? the enemies don't attack normal towers.

Drones can repair any tower except the Main Tower (A fixable Main Tower would be too easy a win, by the fact that the demo only has one map and 10 mins of prepare falls they have been designed more like a puzzle, you just have to remember who is attacking when, what force is needed on them etc. and you can pass the game without much trouble (here you also have to control the consumption of resources as they are very limited at the beginning), upgrades and special towers make this process even easier), after the 4th minute of defence you will start to be attacked by flying enemies and bosses who attack towers in their range.

Swarm Defense: Planetary Invasion is a prototype of massive tower defence, demo allows the player to play one endless mission and collect points for a better score.

The player has access to a few upgradable basic towers and four special towers whose upgrades save between games (each special tower has 8 more upgrade levels than the basic versions and access to a unique ability). During defence, our task is to survive for at least 10 minutes, with hundreds of enemies attacking us, their target is our teleportation transporter, in addition to creating and upgrading towers we can collect materials from the planet and defeated enemies.

The full version is planned as Survival Tower Defense, the campaign will consist of 4-6 hour sessions where the player's task is survival not victory. The player will be given access to an entire planet which they must defend by completing short dynamic Tower Defence missions and managing the planet's troops and resources in turn-based mode.

Swarm Defense: Planetary Invasion does not represent the final concept of our project,  in the full version we plan to move to Brutal 2D/3D Pixel Art style, our game is expected to feature massive number of enemies, large scale objects, heavy story atmosphere, unique mechanical solutions as well as dynamic gameplay.

Some of these elements you can see in this demo,  Swarm Defense Demo is an unstable fragment of the original idea, you may encounter bugs, balance problems or mechanics that don't quite make sense, our goal here was mainly testing and pure fun of creation, we will be grateful if you give us your feedback as well as ideas for the development of the full version of our game. 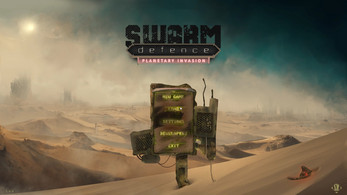 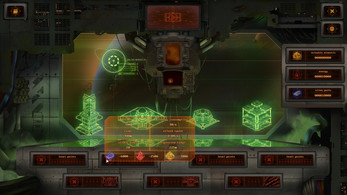 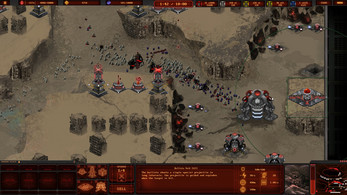 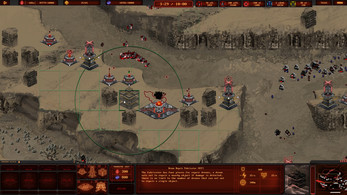 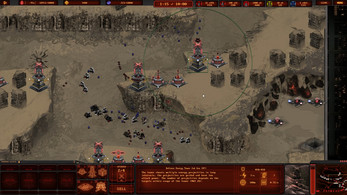